Thanksgiving at the KYC!

Last Thursday, the KYC enjoyed our annual Thanksgiving meal! We had a large turn-out of hungry teenagers. As teens walked through the doors, they were greeted with the smells of roasting turkey, stuffing, mashed potatoes, gravy, and more! The tables were set and everyone picked a seat. We passed a pumpkin around, and when you were holding it, it was your time to share one thing you were thankful for. Many members shared they were thankful for their friends, their families, food, and… the KYC!

After a delicious and filling meal, we enjoyed a lot of time outside! All that food gave everyone extra energy to enjoy games and running around. Basketball, tag, “Volcano,” biking and skateboarding were all popular choices. Then apple crisp and pumpkin bread were served, before students hopped on the bus to head home.

The KYC wants all of our supporters, and our KYC members, to know that we are incredibly thankful for them.  We couldn’t do what we do without all of you! 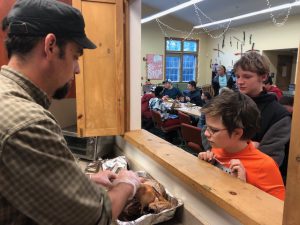 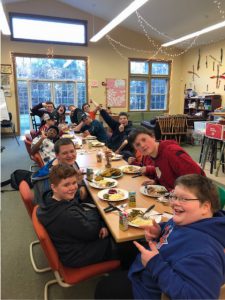 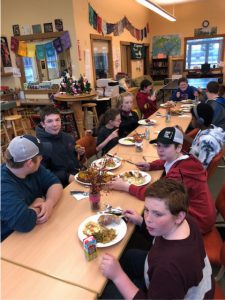 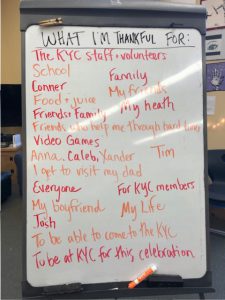 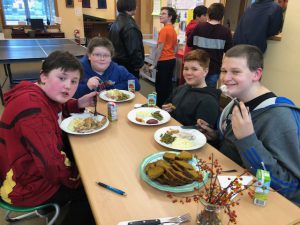 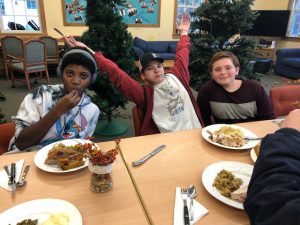 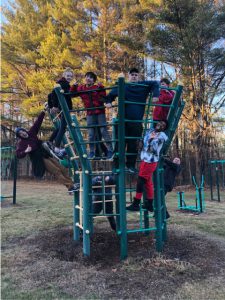