Greetings KYCers and community members, we want to wish everyone well during these uncertain times.  Our daily lives have quickly changed as we adapt to ‘social distancing’ and work as a community to end the spread of COVID-19.  We realize that this is a very hard time for families who are coping with school and childcare closures, business closures and interruptions, shortages, and concern for loved ones.  It is heart breaking to have to postpone so many of the KYC’s services at a time when service to our community is so important.  In the coming weeks, we hope to find ways to support our members and families from afar when appropriate.

We are very proud of our youth members for their flexibility and courage in navigating these challenging times.  We know that the process of acclimating to remote learning and other day-to-day challenges is an experience that will help prepare our students for their roles as our future leaders.

We wish everyone health, safety and overall wellness!

Every year the KYC takes a trip to Pop Whalen Ice Arena for an afternoon of ice skating. This year, 21 KYC’ers were able to skate and we had so much fun! Everyone was at very different levels; from first time skating, to seasoned skaters, and yet… we all had a blast! Teens were helping each other out and having so much fun. When people needed a break, they joined in on the UNO game that was going on on the benches.

After skating we came back to KYC for dinner, relaxing, and enjoying each other’s company. We are already looking forward to next year’s trip! Thanks to Wolfeboro Parks and Recreation for making this possible! 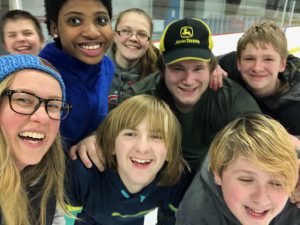 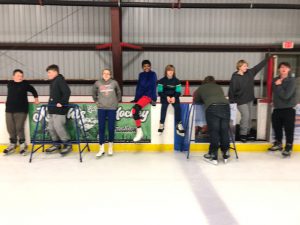 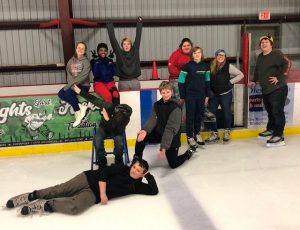 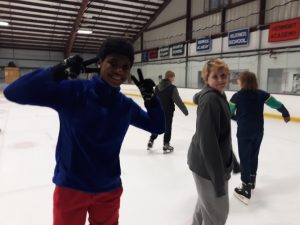 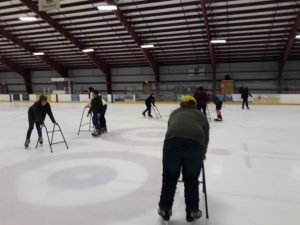 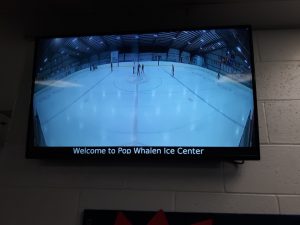 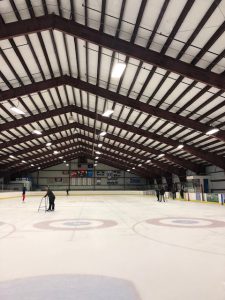 School Vacation Programs at the KYC!

We offered two wonderful days of programs during February vacation!  On Wednesday we enjoyed a hike to Moody Mountain, the highest point in Wolfeboro!  Following our hike we enjoyed a movie night.  We showed the movie Middle School (how appropriate!).

On Thursday, we devoted a day to cooking and meal planning!  Students planned a meal, took a trip to Hannaford to shop, cooked the meal, and enjoyed it with friends!  We learned about planning, budgeting, cooking, and shopping.  Thanks for everyone who joined us for school vacation! 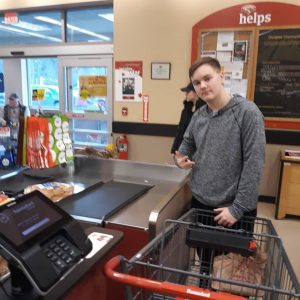 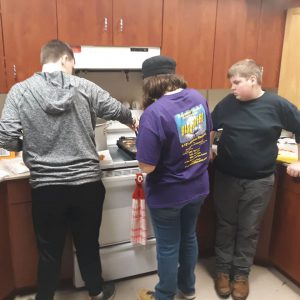 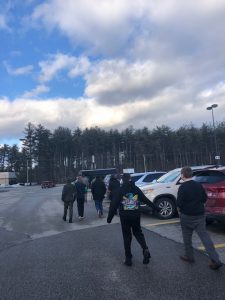 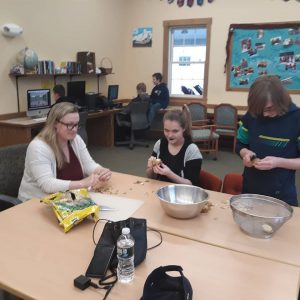 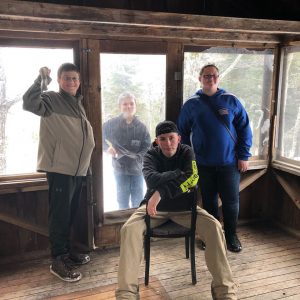 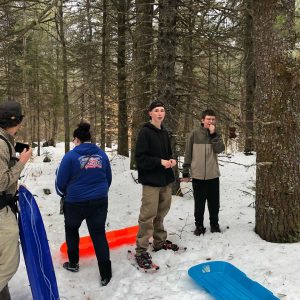 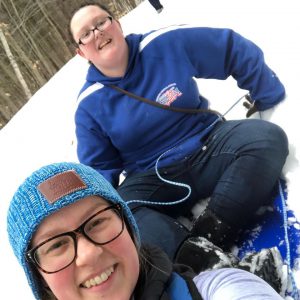 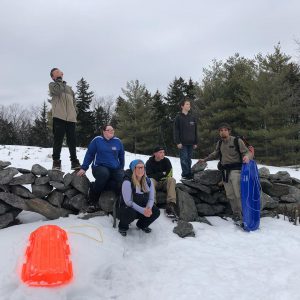 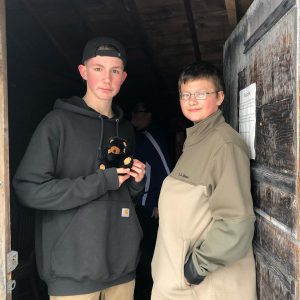 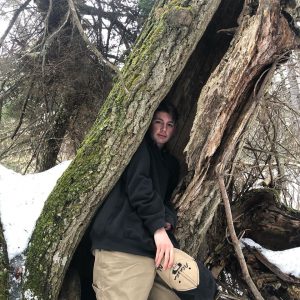 Presidential trivia has become a fun and informative Presidents Day Tradition here at the KYC!  It made for a fun game with prizes on Monday! Test your knowledge! (answers below picture).

Who was the first President of the United States?

How many US Presidents died in office?

What President served for the shortest duration?  The longest?

Who was the heaviest President? Lightest?

Who is the current President of the United States?

What President shared a first name with a current KYC staff member?

Which President was nicknamed “Ike?”

Which President was also a Hollywood actor?

Who was the only President to resign? 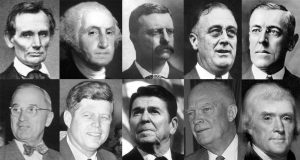 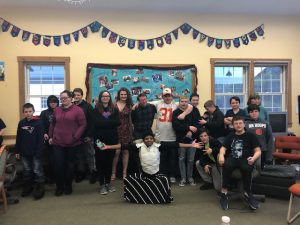 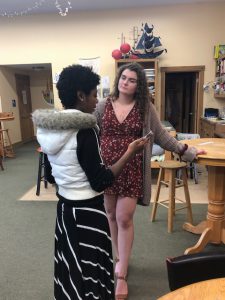 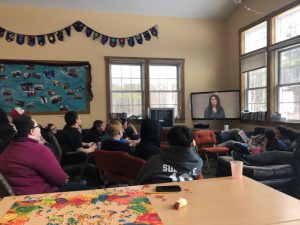 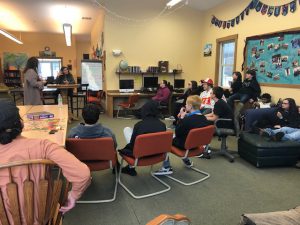 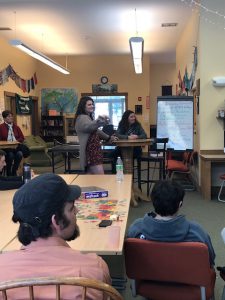 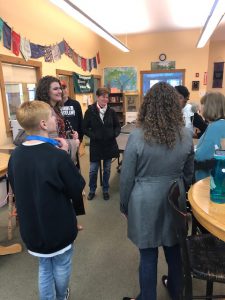 We would like to say a big thank you to the Greater Lakes Region Children’s Auction for a recent grant in support our our BTAS! programs! 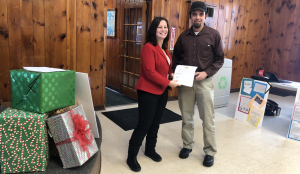 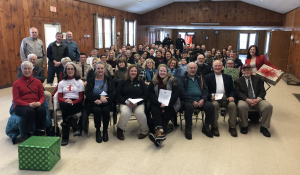 Nice Work KYCers!  Your last digit is 3!  To find your prize and crack the code: the treasure was lost, now it’s almost found; let that be your clue as to where it’s hidden!

For the month of February are running a series titled, “Mindfulness Mondays.” Being aware of one’s thoughts and being able to quiet the body and the mind are skills that benefit us in numerous ways. Better sleep, stress relief, positive interpersonal relationships, and higher self-esteem are all proven benefits of mindfulness. So, for a month, we are focusing on activities to practice mindfulness. From yoga, to breathing exercises, to guided meditations, we are bringing our awareness to ourselves, our breath, and our bodies in order to lead a more peaceful life!

If you want to join us on this journey, here are some links to get you started!

Yoga for Neck, Shoulders, and Upper Back (where a lot of us carry stress and tension!) 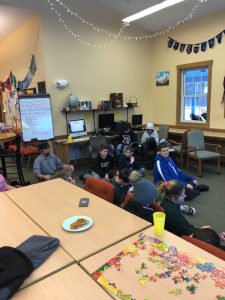 Yesterday in our substance misuse prevention program we covered alcohol awareness.  An empty glass represented the only amount of alcohol that is acceptable to drink if under 21, in-long term recovery, or when other circumstances make it unsafe to drink…none at all!  We talked about how there are adults who don’t drink at all, adults who sometimes drink, but don’t have a problem, and adults who are in danger due to their alcohol use.  A set of visuals (not alcohol of course) demonstrated what is considered a single drink-5 oz. of wine, 12 oz. of standard beer, or 1.5 oz. of 80 proof hard liquor.   In situations where it is acceptable for adults to drink, men should not exceed two drinks and woman should not exceed one.  Drinking five or more drinks is classified a ‘binge drinking, ‘ and carries the greatest risk.

In our prevention programs, we work with White Horse Recovery to help our teens make good choices now and into adulthood! 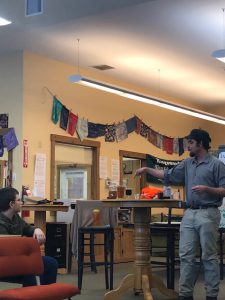 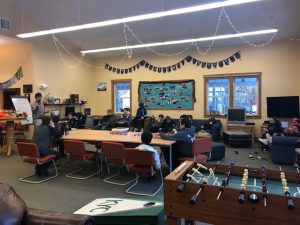